For this week’s blog post, I thought I’d share a chapter, Chapter 15 to be exact, from my book “Practical Communication: 25 Tips, Tools, and Techniques for Getting Along and Getting Things Done.”

There are times when things go wrong, or when we know we canât undo whatâs been done, but we just want to know, âWhy?â

Why is it taking so long for Angie to get me the graphics she promised?

Why didnât Paula call if she knew she was going to be late?

Why is the wait so long at this restaurant?

We just want some rationale, clarification, or detailsâin other words, an explanation. In many instances, weâre annoyed because instead of explanations, we receive excuses.

If you look up the words âexplanationâ and âexcuseâ in the dictionary, at first glance they appear quite similar. Upon closer inspection, there is often a more negative definition associated with âexcuseâ that doesnât appear for âexplanation.â

Excuse: justification, defense, to try to remove blame from â¦

When people interact, the difference becomes more obvious. Explanations are generally offered as factâas clarification of why something occurred or is the way it is. An explanation is often unsolicited and offered proactively. Another example of an explanation is someone who offers one while taking full responsibility for their role in the situation.

The main difference between excuses and explanations is accountability. Generally, two types of situations have the potential for turning explanations into excuses:

Eric: âItâs three oâclock, and I still havenât gotten Mr. Smithâs tax paperwork. You promised youâd have it to me by noon.â

Karen: âI know I promised, and I tried to get it done. If you had let me know sooner that you needed it by Friday, I might have been able to do it. But I just didnât have enough time. I probably wonât have it done until Tuesday.â

Bob: âI thought this was a team decision. You took our input, and then we find out today from the graphics department that weâre outsourcing the project. Theyâve known about it for a week. Why are we the last to find out?â

Supervisor: âI didnât have any choice. I backed your plan to upper management, but they wouldnât go for it. Theyâre the ones who wanted to outsource the graphics to save money.â

Customer: âI was told by one of your employees, Larry, that I would receive my order no later than Wednesday. Well, itâs now Friday, and I still havenât received it.â

Supplier: âIâm really sorry about that. Larry is new here, so he probably doesnât know all the procedures. Thereâs no way you would have received it by Friday because it takes four business days to process orders.

In these examples, even if the answers are truthful, they still come across to the listener as excuses.

Karen blames Eric for not giving her enough time to complete the paperwork rather than taking responsibility for the delay. If she knew it was unlikely that she would be able to get the tax paperwork ready by the deadline, she should have told Eric when he gave her the deadline. Even if she thought she could get it done, but then discovered as she got started that she wasnât going to make the Friday deadline, she should have gone to Eric rather than allowing the deadline to pass.

The supervisor blames upper management for making the decision, rather than taking any responsibility or providing a more detailed explanation of upper managementâs decision.

The supplier shouldnât throw Larry under the bus, regardless of whether heâs new. The supplier should have simply explained the normal processing time and apologized for the miscommunication. He or she should also have followed up with Larry to ensure he had the correct information so the error wouldnât happen again.

When we admit a mistake up front, weâre being proactive and can maintain better control of the conversation. The same is true when we deliver an explanation even though we havenât made a mistake. This might occur, for example, when weâre explaining our own or othersâ rationale, decisions, and actions, so someone can understand the choices that were made.

Karen: âI wanted to let you know that I wonât have Mr. Smithâs tax paperwork ready for you by Friday like I promised. Iâd like to explain why.â

Supervisor: âI just got back from my meeting with upper management, and I wanted to let everyone know the results. After researching all the options, they decided to outsource the graphics for this project. I know some of you will be disappointed. I would like to explain why theyâre outsourcing the graphics, so youâll better understand the companyâs position.â

Even in a situation when youâre not in the proactive position but responding to an inquiry or complaint, the way that you offer rationale can make the difference between the rationale being perceived as an explanation or an excuse.

Customer: âI was told I would receive my order no later than Wednesday. Well, itâs Friday, and I still havenât received my order.â

Supplier: âI can understand that youâd be upset, and I apologize. I can explain why you havenât received your order. You see â¦â

Although people wonât always love your answer, at least theyâll understand the situation and will be less likely to escalate their complaint if they hear explanations instead of excuses. 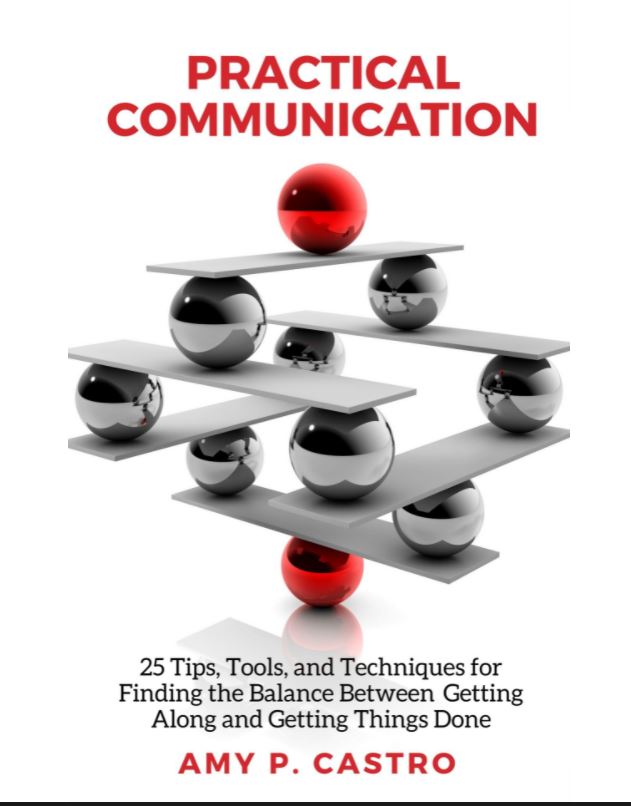